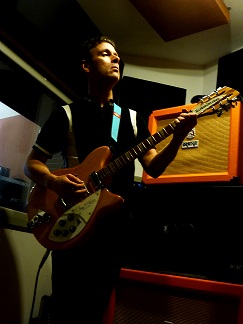 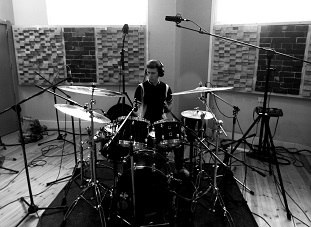 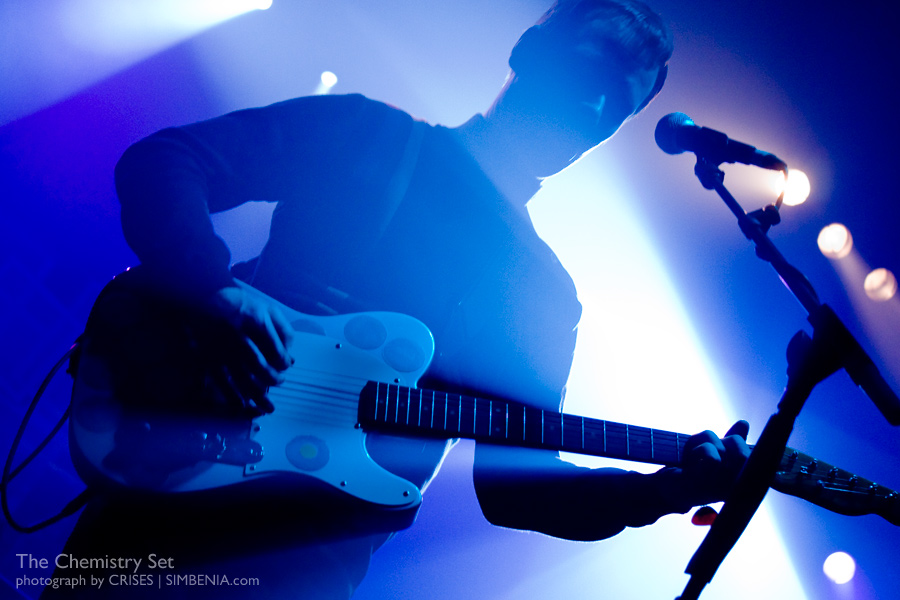 What was the first record you bought? When, where and why? Where was it the last time you saw it?
All Mod Cons by The Jam. Our Price in Putney High Street, 1979. They were actually playing it in the shop when I walked in and it knocked my little white socks off. I didn’t go in to buy that record. After about 3 songs I asked the guy who the band was and i walked out with the vinyl. It’s in a humongous pile of vinyl in the bedroom.

What was the first gig you remember going to?
The Kinks at The Lyceum in 1980. I put some padding into my jean jacket shoulders to look bigger and rubbed some of my Mum’s mascara around my chops to look like I had some stubble. I actually looked rather peculiar around the chops hahaha. I got into the gig and even got a beer.

What was the first band/solo artist you obsessed about?
The Beatles. I got the big fat Hunter Davies biography in 1979 and avidly collected every album. I could have done Mastermind on The Beatles then, couldn’t now!

What was the first gig you played? what was the name of the band and what kind of stuff did you play?
Oh wow, what a journey through the mists of time. It was a South London Mod band called The Rave. We played terrible cover. First proper band was The Hush in 1984 (yes we knew the band that did “Grey” on “Chocolate Soup for Diabetics” but thought no one would remember/know, hahaha). We organised mini psychedelic festivals at the Clarendon in Hammersmith and The Coal Hole in The Strand, with liquid light shows and DJ’s. We even gave away sugar cubes on the door (sin LSD).

What was the name of the first song you wrote/recorded/released?
Oooh it was Gold-digger. Which was co-written by Gavin in The Hush. We made a demo and and later recorded it with The Chemistry Set. It was going to on a mini album for Voxx records but like many early Chemistry Set records…ahem…. never got released.

If you were stranded on a desert island with a record-deck, which three albums would you want with you?
1. Love - Forever Changes. 2. The Moody Blues – In Search Of The Lost Chord. HP Lovecraft 1&2 (Double Album hahaha).

What is your favourite era/genre of music?
Psychedelia 1966-68

...and your favourite band/artist/album of the last five years?
Polska Radio One

Who do you regret never seeing live?
Gene Clark

11. Which artists/labels have you collected over the years, if any?
Citadel Records, Australian label from late 80’s onwards, they have had some fantastic band

12. Name three memorable album sleeves
1. Otis Optic & The Option People (s/t). 2. David Axelrod – Song Of Innocence. 3. The Chemistry Set – The Endless More and More (sorry but I love Serse Rodriguez’s modern surreal artwork, that’s why I asked him to do the cover)

Beatles or The Stones or Dylan or Pink Floyd or Led Zeppelin? why?
None of em’ :P Give me Arthur Lee and Love over these dudes. Those first 4 albums develop into a hugely interesting and original sound that you can’t find on any of the above guys work. So there!

What is the most embarrassing record in your collection? why is it there? Tony Christie – “Amarillo” or how about Come Dancing’ by The Kinks. I love The Kinks but what was that all about!

< Which do you prefer - on-stage or in the studio? and why?
The recording studio. It is the studio that creates the magic that takes a good psychedelic song and turns it into a masterpiece.

Describe your current/typical recording set-up (where and what)
Me and Paul work in a studio on an island in the middle of the River Thames and have done so since we got back together in 2008. It is wholly conducive to creating the right vibes to create our music. We mix 1960’s gear like Farfisas, Vox continentals, Mellotrons with more organic elements like timpanis, autoharp, dulcimer and record it on Pro-Tools. That way we get the balance between the old and the new.

What are your recording/release/gig plans for the next six months?
Recording a new single for a label you might have heard of, called ‘Crab Sandwich’ ;) hahahaha. It will feature an interesting cover. Our 30th anniversary is coming up soon, so we need to get our act together and get on the road.

Which album you should have never lent anyone?
There was this friend who used to borrow records and never giving them back. He borrowed a record I had by a rare psychedelic band from America called The Wizards from Kansas. I bought the record for £15 (in 1987). I never saw the record again. It turns out that the record was worth hundreds of pounds.

Which record would you pay the most money for?
Not a record, but…Love are my favourite band of all time (I was lucky enough to meet Arthur Lee in 1994) and I have everything by them but what I want to hear THE MOST is them playing live in 1967 (you can get hundreds of bootlegs but all are after 1968)
They performed almost all of Forever Changes (without the orchestra) at the Whiskey a Go-Go club in L.A. and the gig was recorded. But no one has heard any bootlegs or could confirm its existence until about 15 years ago when it was rumoured that a Canadian collector paid $10,000 for the tapes. They say that this guy takes great pleasure from knowing he has something so rare, that no one else has (a bit like some art collectors).
I don’t know if it’s true but I would sell my record collection to hear that!!

What’s the most underrated record from the 1960’s?
‘Triangle’ by The Beau Brummels. An absolute masterpiece that doesn’t fully get the kudos it deserves. I think many people think of The Beau Brummels as being that American Beatles copy band but this album is right up there for me.