CD (Friends of the Fish promo 2) 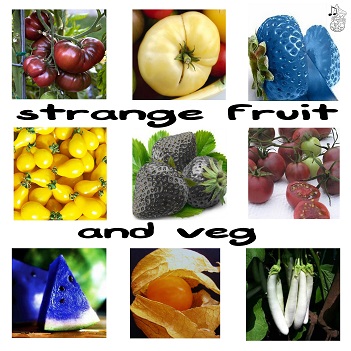 another lovingly-compiled CD that we're then giving away to FdM club members, this time to everyone who orders their copy of the Cranium Pie double LP nice and early from Nick Leese at Heyday, or direct from me.


to be honest, this was originally going to be just a bit of fun - a quick compilation of a few waifs and strays that didn't quite fit anywhere else - sneaked into some members club vinyl parcels in spring 2015 but, as is often the case round here, it's got a mind of its own and has turned into 75 minutes of weird and wonderful sounds - From covers of Syd's 'Vegetable Man' and Amon Duul II's 'Archangel Thunderbird' to Jimi's 'Hey Joe' and Lemmy's 'Ace of Spades', with Tyrannosaurus Rex, The Rolling Stones, The Velvet Underground and a couple of original songs thrown in for good measure!

Culprits include The Crawlin Hex, Magic Mushroom Band, Todd Dillingham, Vert:x and Jay Tausig, with first appearances on Fruits de Mer by the excellent Trojan Horse and The Telephones, plus Vince Cory (aka Vortex) from Red Elektra '69 and Lenny 'The Thanes' Helsing's Green Telescope (with a track from 1985!).

if you're going to miss out on this because you're not a club member, but you're thinking of buying all/most releases on Fruits de Mer in 2015, stop kicking yourself and kick someone else, email fruitsdemer7@hotmail.com to find out more about the members club