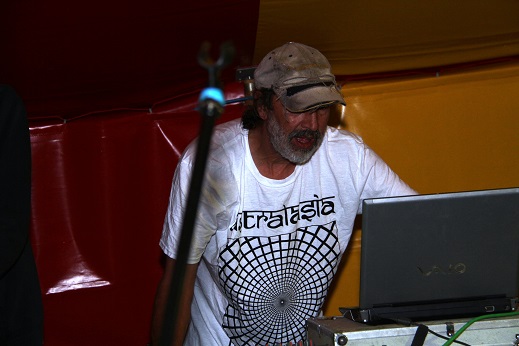 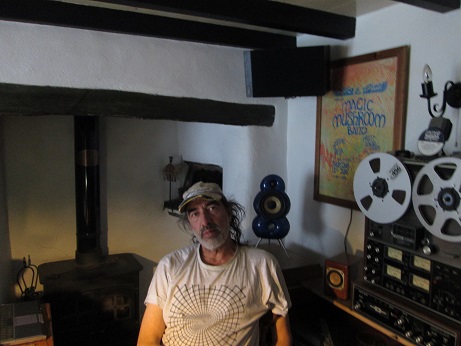 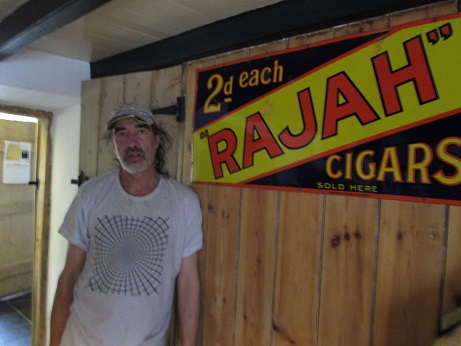 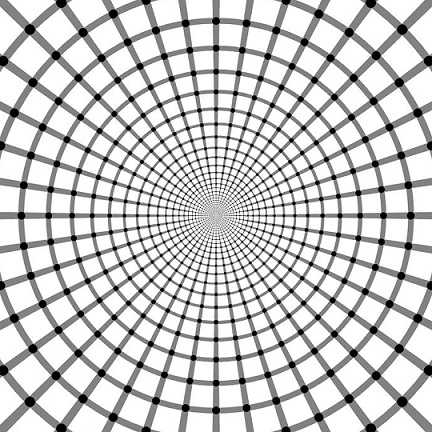 " just us in the whole venue, with jeff lynne and co banging out the 10538 overture "

What was the first record you bought? When, where and why? Where was it the last time you saw it?
marc bolan/t.rex – the music for pleasure LP with a textured sleeve, in 1970, in w.h.smiths in maidenhead. It was 99p which was my pocket money with 1p left over for a few boozooka joes. It’s still in my record collection.

What was the first gig you remember going to?
it was either the jackson five at wembley empire pool for my cousin adam's 10th birthday, or ELO sound check rehearsals at torquay pavillion - we just wandered in as i was being nosey - just us in the whole venue with jeff lynne and co banging out the 10538 overture. we got free tickets for roy wood at the torquay town hall the next night as they had just split up. the promoter probably thought we were cheeky. we were youngest there and had to stand on chairs but i was only 10. we were away camping with boys brigade; they arranged taxi pick-up but otherwise we were on our own, which would never happen now.

What was the first band/solo artist you obsessed about?
probably todd rundgren

What was the first gig you played? what was the name of the band and what kind of stuff did you play?
the band was called 'brian' we did our first gig at desborough school outdoor summer fete, probably '74
it was basically covers…layla, some stones numbers, lou/velvets stuff.

What was the name of the first song you wrote/recorded/released?
'angel in disguise' bounced on 2 cassette decks with powertran kit built delay line thru m&m desk; just me on vocals and battered eko 12string. It’s wobbly, barrett inspired, at best. its still unreleased and will probably stay that way.

Other than the people you currently play with, describe your dream backing band
not got one as that dream would probably be overcome by egos/prima donnas and turn into a crashing nightmare, so I can't really go there or deal with it …i'm just happy to work with the people i do that are true; love, respect and friendship develop long beyond the painted smiles and superficial stuff, that’s when the magic starts.
we have met a few darlings(!!) that have drifted in to our solar cycle and i love them but they need their own planet to orbit in.

If you were stranded on a desert island with a record-deck, which three albums would you want with you?
aphrodites child – 666
magma - live from 75
todd rundgren's todd or nimbus thitherwood bootleg
and any early ian carr’s nucleus albums
sorry, that’s three doubles plus the extra that would have washed up on beach floating on the kraftwerk first dblp.
…sorry that’s now about six, plus i'd like bolan’s creamed cage in august.

...and your favourite band/artist/album of the last five years?
there is lots and lots that’s out now that is great and very inspiring to listen too… causia sui/impetues records, helga nord releases, rune grammophon

Who do you regret never seeing live?
marc bolan with steve, syd with the Floyd, beefheart in an early trout mask line-up.

Which artists/labels have you collected over the years, if any?
a bit of bolan, todd, magma, vertigo, track, harvest, assorted kosmische and lots of really weird exotica/spoken word, usually found at reclamation dumps and charity shops.

Beatles or The Stones or Dylan or Pink Floyd or Led Zeppelin? why?
i love em all it was never one or other except dylan i really only got into 'desire'; not a massive fan.people used to say you must listen to blood on the tracks tripping but it never got me, maybe i didn’t do enough…dunno, but it always sounded like that king in new clothes thing when i was only one that said hey up, but who am i to say? others would say that about bolan

What is the most embarrassing record in your collection? why is it there? probably my own self released 'essential groove'; most copies were destroyed in a fire at arts centre studio in 80's.which was probably for better, it’s awful. two copies came with covers just as promos, the rest were in paper bags; only 100 were pressed, I think

Which do you prefer - on-stage or in the studio? and why?
both totally diff rush for either but you can't beat the buzz at a gig with an audience. as “anything could happen in the next half hour”, as gerry anderson put it, which again is sort of the same in studio but it’s more of a meditational vibe, quite hard to explain as they are both white out experiences.

Describe your current/typical recording set-up (where and what)
its in a converted linhay/cowshed.
mostly old synths, octave plateux, lots of roland bits, tape delays ,vocoder, some modern german doepfer synths and hand-built stuff; valve input stack of assorted mics/pre amps/compressors/eq's; various nuemann mics - one U87 is ex decca as used by stones, bolan etc that i bought at auction when decca sold off their gear; on everything i've done something has gone thru that mic; it recently had a new diaphram that costs more than i originally paid for it.

Which do you prefer - analogue or digital?
Analogue over digital

And your cymbals of choice?
zildjian over paiste

What are your recording/release/gig plans for the next six months?
a few private parties before and during winter, then i'm in holland with use of ashes in February 2017 for a festival and release of our astralashes lp.
a gig in glastonbury in april for Beltane
some mushroom project gigs at festivals starting in may and more astralasia festival gigs tbc.

and finally?
love life live until the better plaice.
‘scuse the pun, life is too short and there is so so so much more.