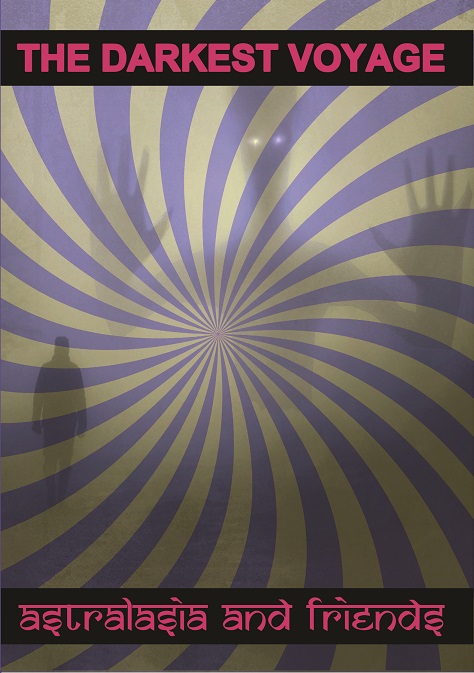 
this is Use Of Ashes' contribution... and here's a track by Trace Element, with a guest appearance by Maxine Peake!

The Darkest Voyage - a lockdown project, an experiment in musical distancing - I'm not sure how to desribe it, but it's very, very different for Fruits de Mer - and it's much more than a bunch of remixes, that's for sure.
This is a 6CD set (a double LP version will also be released at the same time) of recordings by Astralasia, friends of the band and friends of Fruits de Mer, all based on the same core recordings made by Marc Swordfish.
Artists involved include Us and Them, nick nicely, Use Of Ashes, The Lost Stoned Pandas, Jeremy Morris, Black Tempest, Craig Padilla, Diamond Family Archive, Jack Ellister, Mushroom Project, Icarus Peel, Tony Swettenham...oh, and Maxine Peake.
From instrumental rock, to ambient, to spoken word, to 12-string acoustic - it's one hell of a voyage.

and here are the sleeve notes, which might explain a bit more...

Here's Marc Swordfish...
A trip always turns into a journey but this has become a dark voyage of discovery, as solitary confinement was enforced around our world in March 2020.
It started as just a long drone with some sequencers, a guitar chord and snippet of a choir, plus some extra percussion, using a juno 60, kitten, doefper sequencers and a couple of om vcos, all done to a 120bpm clock in F; very real and very raw - no plug-ins, computers used as tape recorders only and a means to link things, to keep it organic and free for experimentation.
It was initially intended for the musicians in our bands, a kind of starting-block and a means of keeping in touch; it is very loosely based on what I did with a 'Voyage 34' remix for Porcupine Tree many years ago, which we later did as 'Voyage Til Tomorrow', released on Tonefloat for the label's anniversary - a similar idea, a long and evolving piece.
Usually we'd get together, file sharing has never been our preferred way of working (it's so much better to be in the same place for real interaction), but circumstances forced it on us; we were all in the darkest of places...no gigs, no festivals, nothing.
Other friends, past members got in touch, it started to grow.
Then, after mentioning it to Keith/FdM, we decided to share the raw stems and rough mixes and invite more artists to get involved and do their own thing, and others to add even the odd one-liner.
This has led to this release as a CD box set, a double LP and download all at same time; it's not a compilation but a collaboration in the true sense of word, with any profits from sales dedicated to an international good cause as the contributions come from not just here in UK but from the USA, France, Netherlands, Sweden, Jamaica, Germany etc.
All the tracks were recorded during the period up to July 4th when we here in the UK were allowed to venture out again. Some artists couldn't participate due to not being able to record at home, but others rose to the new challenges, which has given the voyage so much colour and brought it in to the light .
As a sacred mentor once said, we must continually question authority, seek the truth and keep on thinking free.
We are one.
Swordfish

'The Darkest Voyage' is very much a Swordfish project - Marc came up with the idea, he recorded the source tracks, he made it all happen - but it's been exciting to be part of its evolution as friends of Fruits de Mer have contributed individual elements and complete tracks, taking the voyage into new, unexpected territories. I think it's fascinating to listen to how artists hear such different things in the same piece of music and want to explore where they can take it.
Keith (Fruits de Mer Records)

if you're in the UK, you can pre-order now direct from the FdM SHOP page; if you're not in the UK, please pre-order from Shiny Beast.