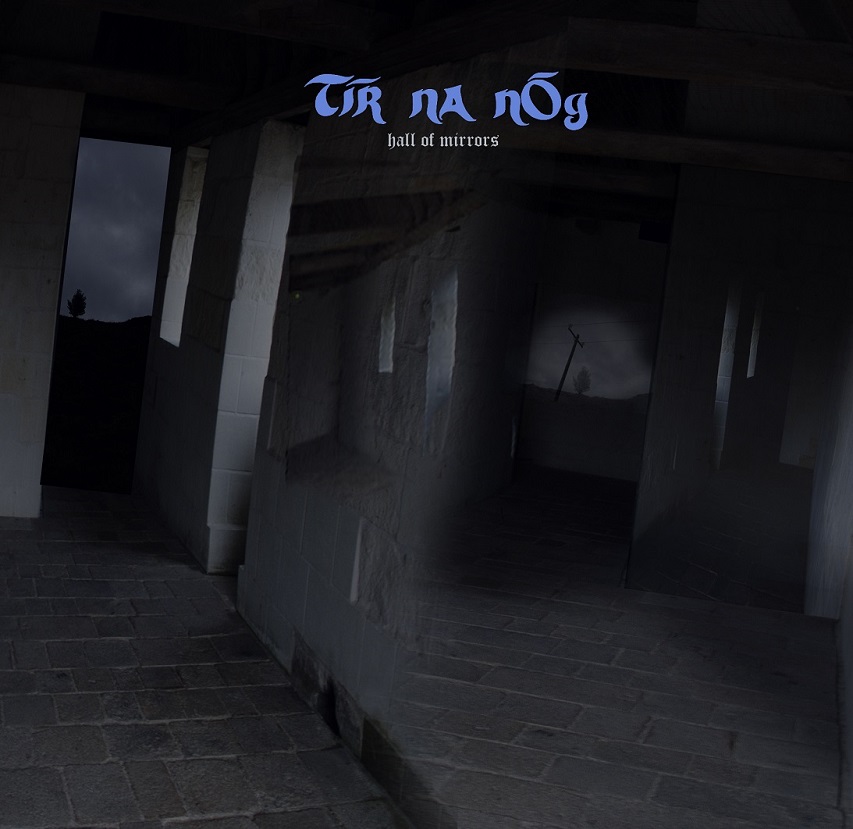 Leo and Sonny, aka Tir na nOg, return to FdM with two new recordings, produced especially for our May 12 Glastonbury gig. One song is a re-work of 'Hall Of Mirrors', a song by Sweeney's Men from nearly 50 years ago, the other has lyrics taken from the book 'Lud-in-the-Mist', written by Hope Mirrlees in 1926!

It's going to be a super-limited lathe-cut 7", we'll have just 50 copies to sell at the gig - and the duo will then have a handful themselves to dispose of as they wish, as well as some promo CDrs.
One more reason to be a bit smug if you've booked your tickets for the birthday bash.

Leo provides a little background on each track, and once you've read this you'll be queueing for one of those lathe-cuts, for sure!:

COLUMBINE
""About a year ago I became captivated by a live 1960s Scottish folk club version of Columbine by a 16 year old, Tarquin Bolton, on Audio Archives Records. After much fruitless Googling, I eventually discovered the lyrics were from a lost classic fantasy novel, Lud-in-the-Mist. It was written by Hope Mirrlees and published in 1926. The song is the tune that the youngsters in the story dance, trance like, after eating a mind altering fruit."

HALL OF MIRRORS
"Hall Of Mirrors is from the second Sweeney's Men album, The Tracks Of Sweeney from '69. Their line up then was Johnny Moynihan and Terry Woods, and the song is credited to them and Henry McCullough, who played with them briefly in the late 60s. This song is cited as their only foray into psychedelia; they were more known as a trad group. Sonny and I met Johnny on the Holyhead ferry a little while ago. We shared Johnny's fiery potato cakes and Guinness...and a couple of tunes on the tin whistle, and he mentioned this song as being a seminal Sweeney's Men song, though it is little known".

All copyrights reserved 2018
www.fruitsdemerrecords.com
...hear the tracks.. ..buy the vinyl.. ..smell the fish...