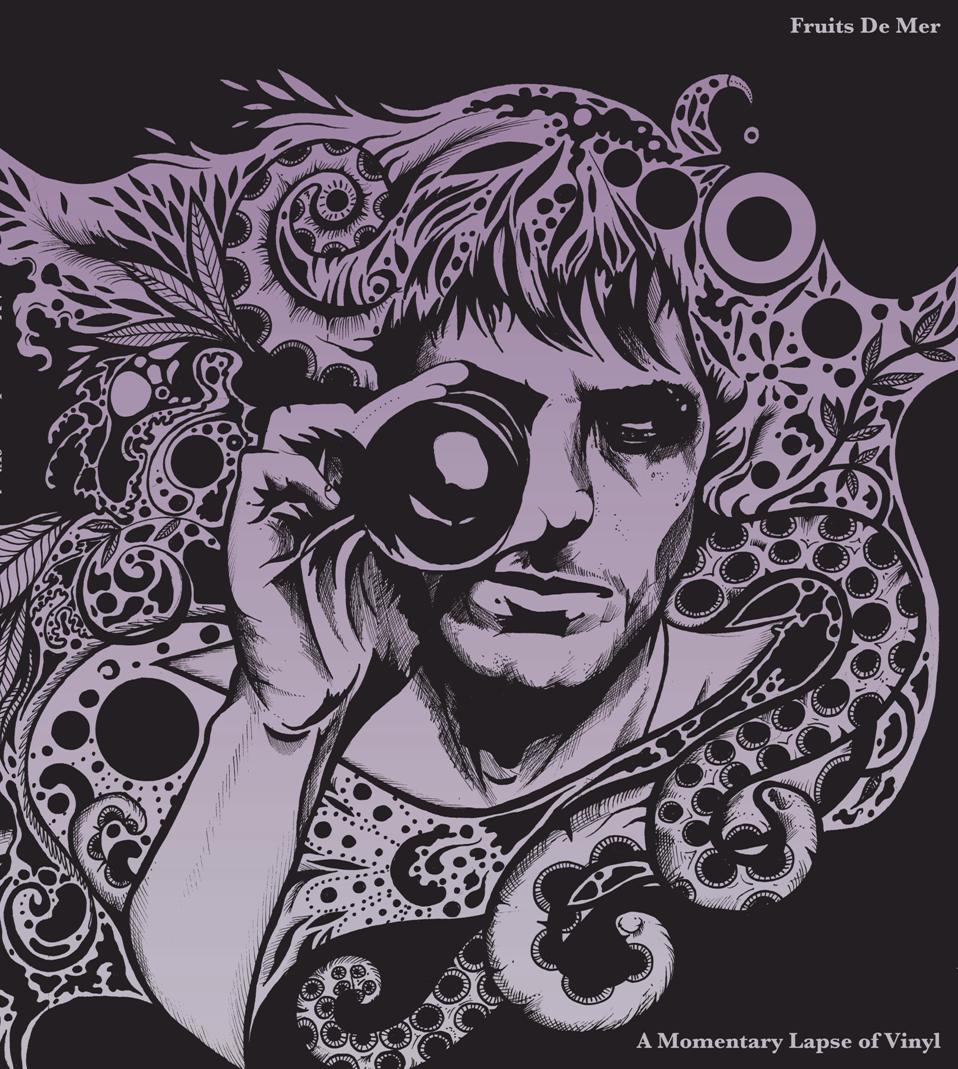 This year's year-end freebie for Fruits de Mer club members who've been buying releases regularly during 2014 through Nick Leese at Heyday, or direct from me, is a gobsmacking 140 minutes of pre-Dark side Pink Floyd/syd Barrett covers - from nursery songs to deep space epics, from fragile acoustic to caustic electronic, from Sendelica to Sproatly Smith, from The Magic Mushroom Band to Mechanik, Todd Dillingham to Vibravoid....I think i need a lie-down.
Half the artists featured across the two CDs are new to the label - and it's proved to be a great way for me to get in touch with new bands with a real feel for 60s/early 70s music.
In all modesty, the quality of the music - and of the recordings - is bloody impressive (not that I'm responsible for any of them); virtually none of this music has been available anywhere before - the Magic Mushroom Band track is a new edit by Astralasia's Swordfish, The Chemistry Set's 1987 recording has been remastered by Dave McLean for this release - but other than that, i don't think any of the music has ever seen a CD (or indeed a slab of vinyl) before

Track listings across the two CDs are as follows:

a sneak preview of some of the recordings....
...while the official title of the compilation IS 'A Momentary Lapse Of Vinyl', thanks to a club members competition earlier in the year, there will be a few copies escaping from FdM Towers with some equally-silly titles, such as 'Sea Anenome Plays', 'Bridge Over Troubled Waters'...and 'Pike' - you have been warned.

No copies will be offered up for sale, but there WILL be some copies going out to FdM-friendly reviewers and DJs - I'm hoping they'll help spread the word on the bands (and of course, on Fruits de Mer)

If you're not a club member and you want to know what this is all about, check out the members club page on this site - sorry to say you're too late to join the end-of-year party for 2014, but qualification for the 2015 year-end freebie starts afresh in January 2015. Be there or bereft.


All copyrights reserved 2014
www.fruitsdemerrecords.com
...hear the tracks.. ..buy the vinyl.. ..smell the fish...