Fruits de Mer's first record of autumn 2010 is a 7" single by that fine Welsh band SENDELICA, featuring two superb and very distinctive tracks that make this a single you will definitely want to have as part of your vinyl collection, whether you're a fan of Sendelica, the Velvet Underground, Funkadelic or Fruits de Mer releases in general (fdm'ers - you won't be disappointed!) 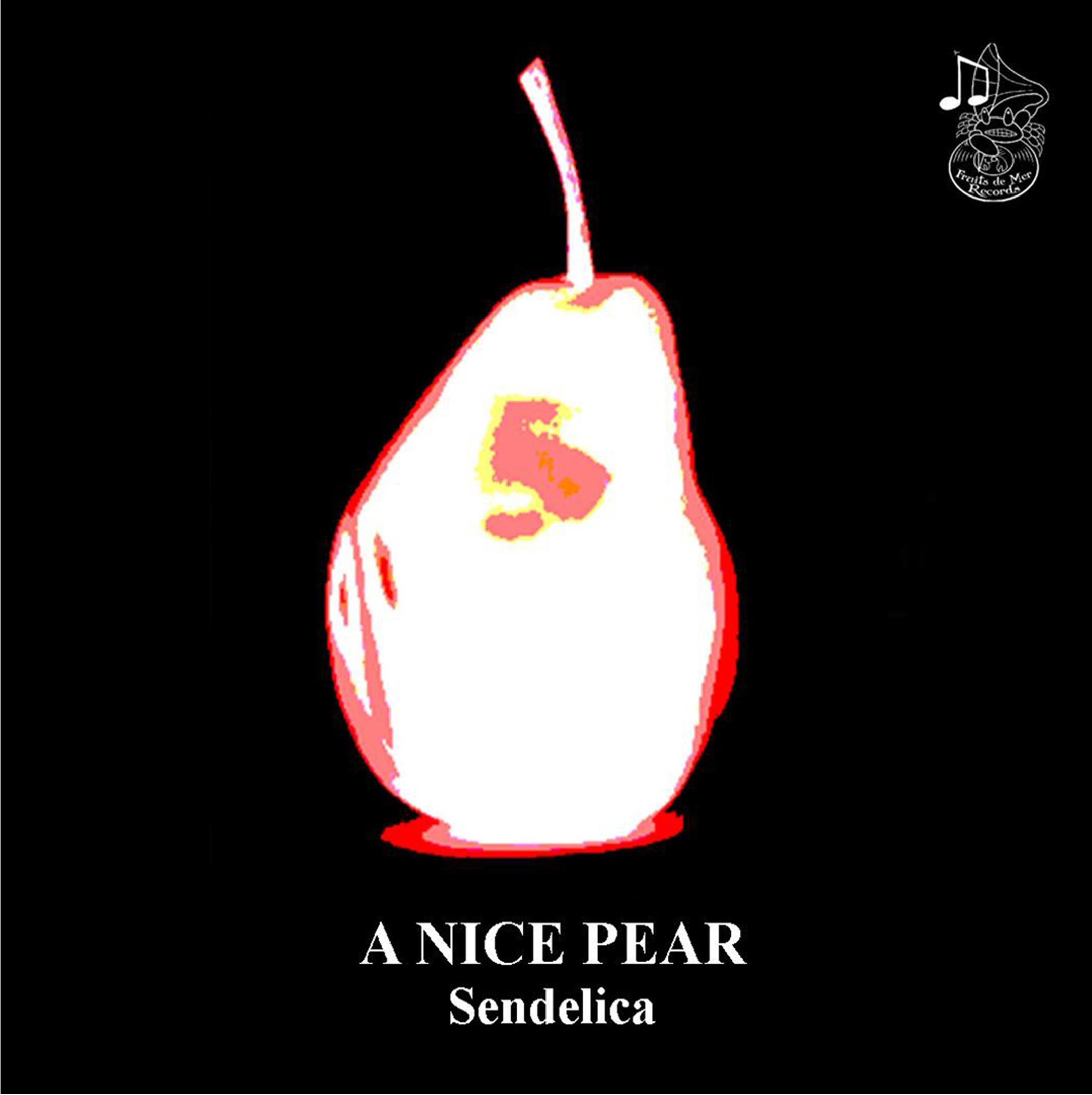 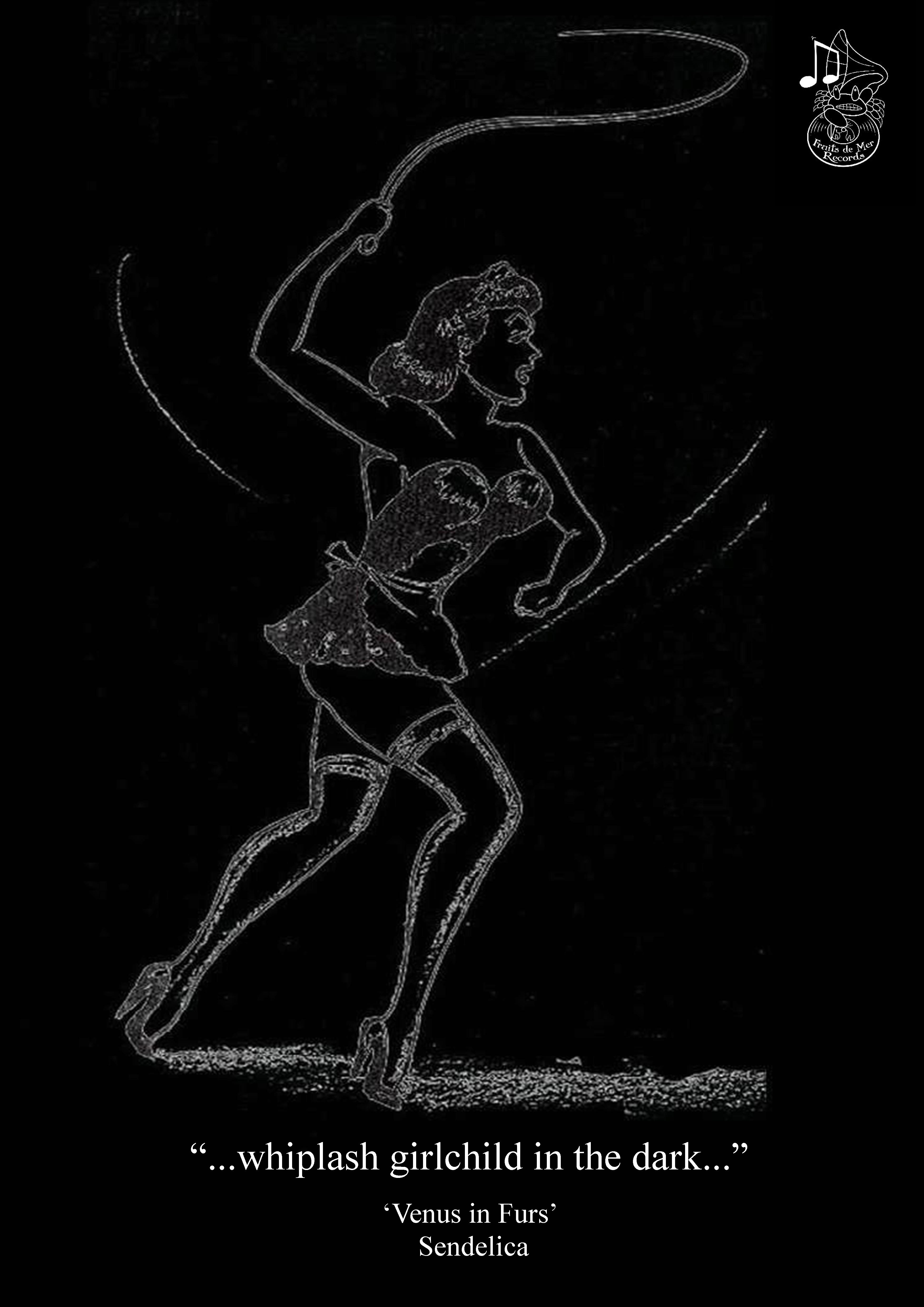 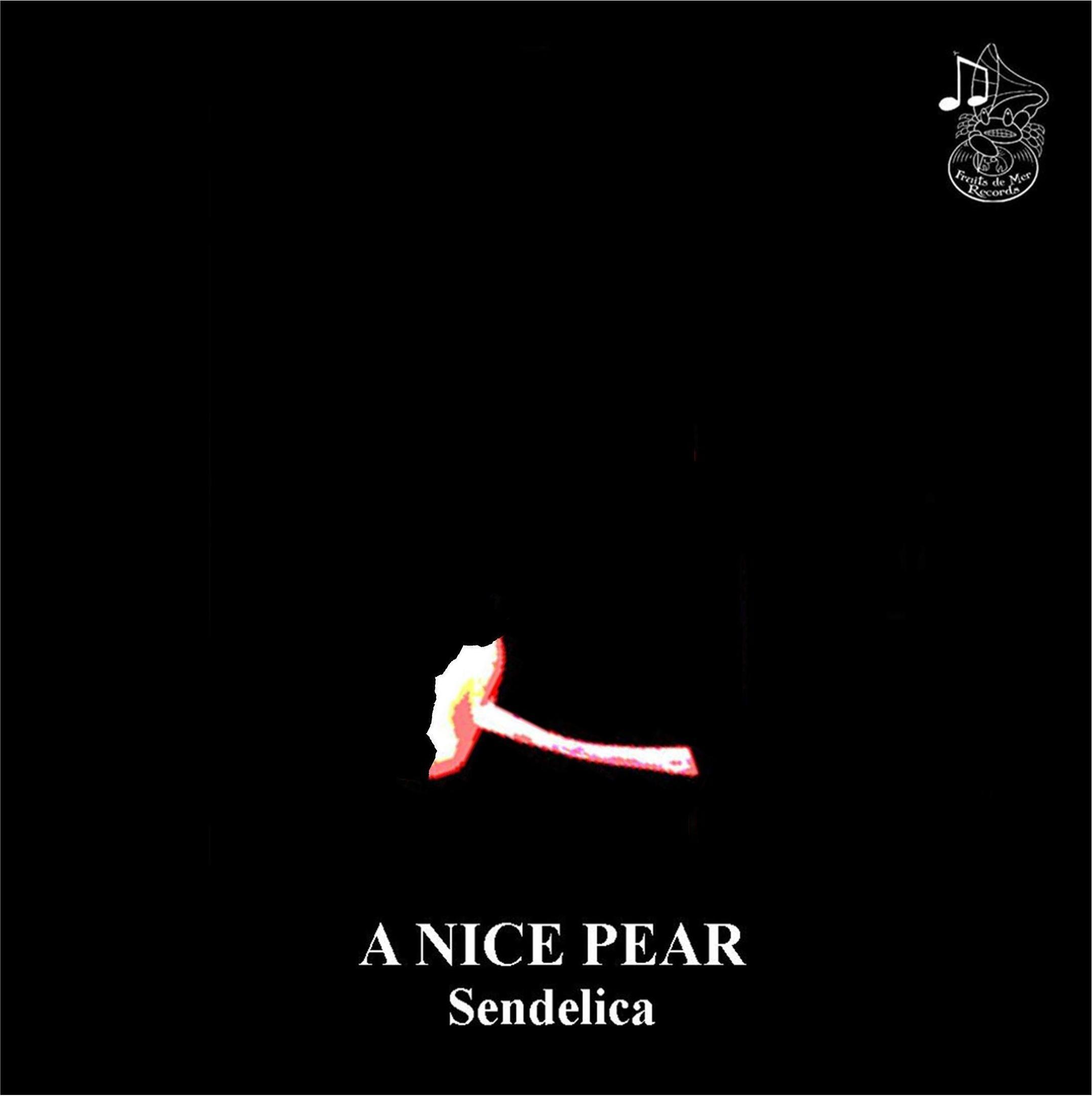 "Venus in Furs", originally by The Velvet Underground


For reasons that escape us for now, we've produced a choice of two covers - our choice, naturally (but if you order two, we'll do our best to send you one of each!) PLUS initial copies will include a rather fetching A3 poster, as show above (except it'll be about 42cm x 30cm, which wouldn't fit on the pc screen)

When Andy and I first heard 'Venus in Furs' by the band, we just knew this had to be the A-side of a Fruits de Mer single, and we're SO pleased the band agreed to release it on our label. If you know the track and you've never wanted to "taste the whip" before, you will when you hear this version - a truly mesmmorising female lead vocal. 'Maggot Brain' is a completely different kettle of fishbait - recorded for the soundtrack of a film (there'll be great video to accompany the single, taken from the film itself), Sendelica's take on the Funkadelic classic will show just how much atmosphere you can cram onto one side of a 7" single in an instrumental.


Yet again, we've limited the pressing to a few hundred copies - as always, on colour vinyl - AND WE'VE

contact andy@fruitsdemerrecords.com just in case he one spare copy left

SENDELICA QUOTES FROM AROUND THE GLOBE 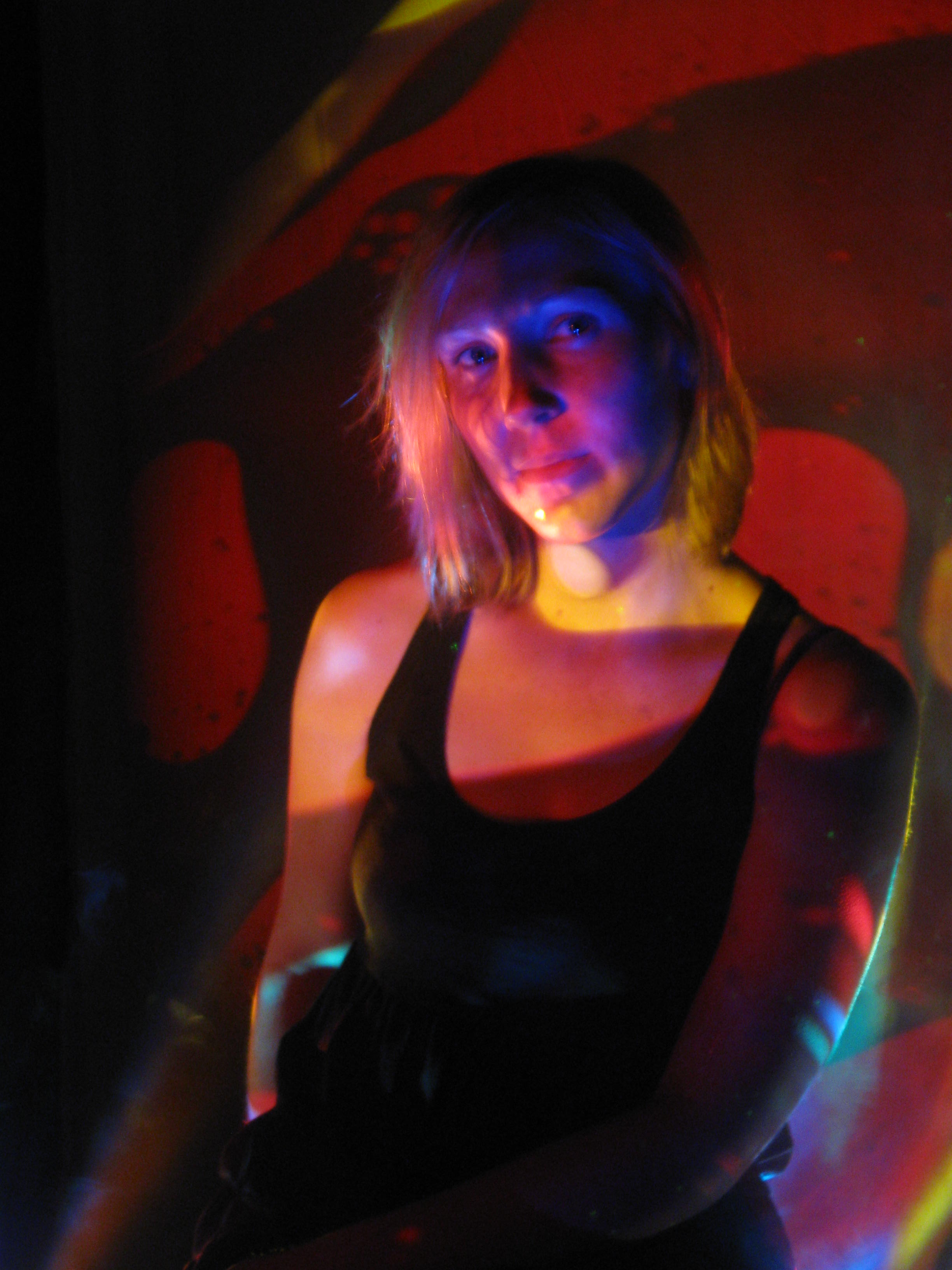 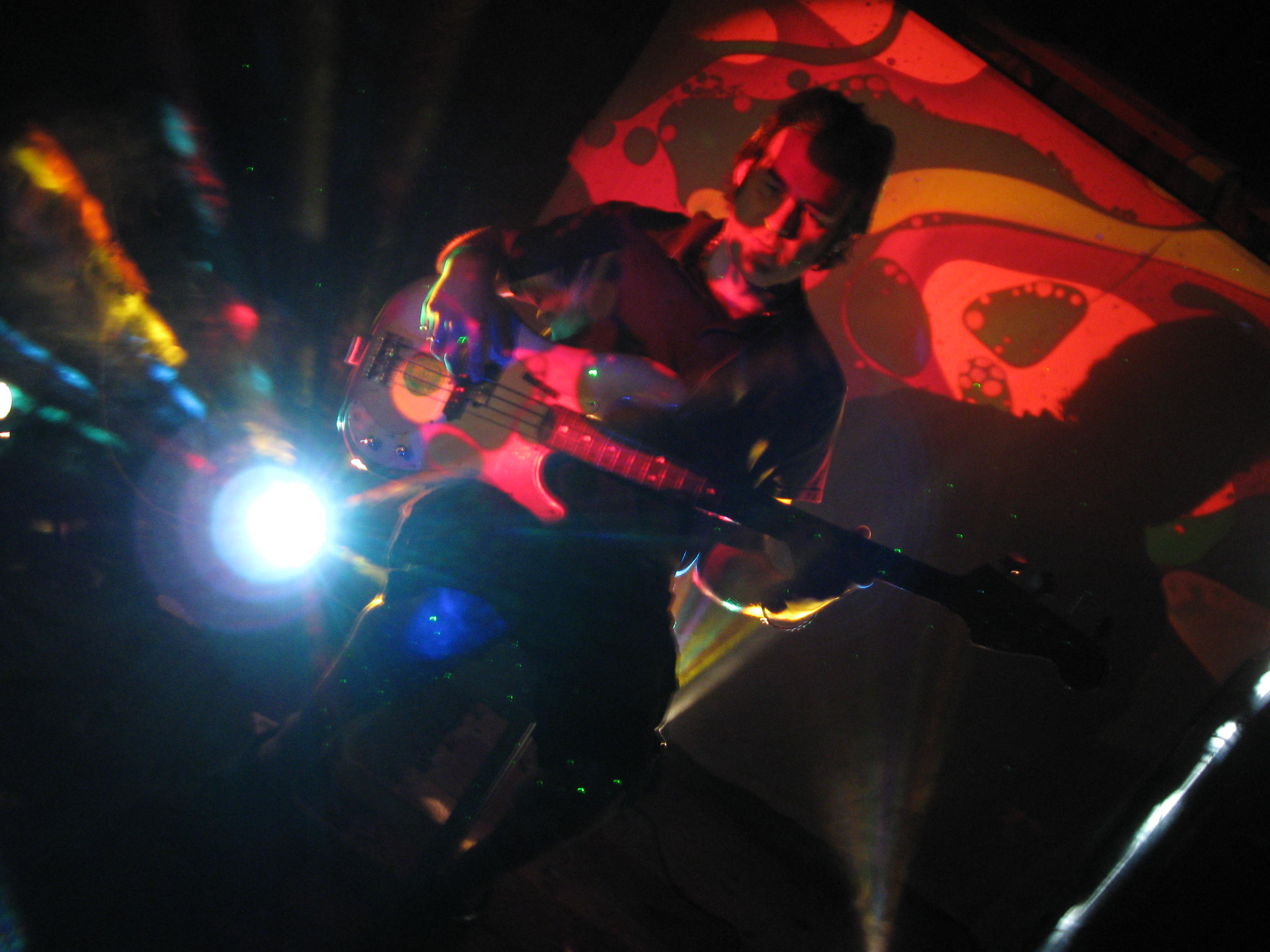 The cornerstone of “Streamedelica” is the 25-minute “Day of the Locust” a titanic-wig out of jaw dropping, or should that be brain melting intensity stretching out over 25 minutes. I would defy even Acid Mothers Temple to come up with anything more full-on. Imagine a chamber orchestra of goblins tuning up at twilight in your local wood and you’re about there. PTOLMAIC TERRASCOPE JUNE 2010
www.terrascope.co.uk/reviews/Reviews_June10.htm

This is where space rock turns into outer space rock……a fully fledged frenzy of psychedelic rocking……shifting between jamming prog solos and high voltage noise riffage that really takes it out there. MONOCHROME MAY 2010
http://www.monochrom.at/cracked/reviews/Rev%20sendelica2.htm

some of the best psychedelia I have heard in a long time the album’s magnum opus Day Of The Locust, a twenty-five minute monster that may start out rather well behaved but soon finds its way into no-holds-barred guitar driven psyche rock as if Hawkwind were jamming with Black Sabbath. Great stuff! Psychedelic rock fans and those who curious about out-of-this-world sonic exploration should definitely get their hands on this fine piece of music. DISAGREEMENT MAY 2010
http://www.disagreement.net/reviews/sendelica_streamedelica.html

Sendelica make music for your senses, best listened to at high volume, alone in a room, or in the field, eyes closed and dreaming. Dreams about future and past. if you are very much into improvisation or psychedelia then Sendelica is an absolute must DPRP MAY 2010
http://www.dprp.net/reviews/201035.php

" Streamedelica , She Sighed As She Hit Rewind On The Dream Missing Remote "is Sendelicas best and most mature work. The album is definitely an essential slice of psychedelic music, and has so many qualities that it is a feast for the ears. hypnotic , engaging and fascinating MERLINS PROG JUNE 2010
http://www.merlinprog.com/england.htm

…..a Floydian workout that slowly builds into a screaming wall of psychedelic noise, ending this rather magnificent album in style. …..freewheeling music spiralling to the stars with twinkling ease This is definitely the finest thing the band have released, imaginative, crisp, free flowing and with a warm production, I heartily recommend it to all lovers of space/psychedelic rock music.
(Simon Lewis) Ptolmaic Terrascope UK 2009

…a fabulous collection of seven face melting jams that is absolutely compelling from beginning to end, as they shift gears from heavy all out guitar oriented jams to spacey, introspective, ambient passages, with relative ease. Take an hour for yourself and plug yourself directly into this masterpiece immediately. We're only at the halfway point of the year but Sendelica have definitely delivered a serious top ten contender for this writer's 'best of 2009' list. (Ryan Sparks) Sea of Tranquility USA 2009 Often excitingly fee-form, witness the deliberately ragged conglomeration of' ' Humans Gathered Together In a cave Grooving Like Picts', they're also as tight as hell when they need to be. From the basic rythmn comes the extended groove, It's Sendelicas ability to interpret and elaborate on that groove that marks them out.
(Ian Abrahams) R2 (Rock n Reel) July/August 2009

Sendelica stand out from the crowd because they play instrumental stoner rock without getting boring. Which in itself is a feat of epic notoriety. I start to think about Black Sabbath and John Coltrane, because there is some of both in Sendelica.
Monochrome 2009

…you might get the impression that Sendelica are into classical psyche rock, but the track Manhole Of The Universe displays for twelve whole minutes that improvisation is still the main force behind their music. Inspired by very early Pink Floyd and Hawkwind, the band conjures a freewheeling psychedelic sound
Disagreement Europe 2009

I thought I had a pretty good idea of what Sendelica are all about, that is until they totally blow your mind with the absolute guitar tour de force on "Indrid Cold". Check out the crazy solo's Bingham tosses out on this twelve minute epic, not to mention Pescado's thick and rubbery bass lines and the busy work of Fields behind the kit. …another magical release and certainly one worthy of your attention, from the folks over at the Russian label R.A.I.G.
(Ryan Sparks) SEA OF TRANQUILITY, USA 2007

"Indrid Cold", twelve minutes of guitar heaven, Pete Bingham laying the universe to waste as he romps across the fretboard, a solid and inspired rhythm section providing a perfect platform for the sonic wizardry that soars overhead. Here everything comes together, the song demonstrating everything that is good about the band, playful, spacey and able to rock out with the best of them..
(Simon Lewis) PTOLEMAIC TERRASCOPE UK 2007

The group's arsenal of sound is quite impressive: the hypnotic pulse of Can, the impressionistic atmospherics of Pink Floyd, the motorized proto-punk of Neu, the space patrolling guitar pyrotechnics of Hendrix and the otherworldly ambiences of The Orb. All of this and more pervades virtually every track on Spaceman Bubblegum.
(Charles Van de Kree) AURAL INNOVATIONS USA 2008

a guitar driven sound-scape that instantly transports you to a world of swirling colures and non stop freaky dancing that only girls in mini skirt can undertake. The entire experience is one of boho living with multi coloured bean bags all filled with Charley Croker's bevy of international beauties just waiting for a corrupting influence to come along.
(Aled Jones) GLASSWERK, UK 2007

Pink Floyd. The Orb. Spaceman 3, Hawkwind. Neu, Tangerine Dream ... Just a few of our favorite space rock bands. We've got another to add to the list and that would be the Welsh group Sendelica….. full-blown psychedelic soundscapes, and a little dub tossed in to boot. A very pleasant and stimulating head trip.
(Jim Sullivan) BOSTON GLOBE, USA 2007

Find out more about the band at www.myspace.com/sendelica

SOME BACKGROUND ON THE TRACKS...

'Venus in Furs' is a song by The Velvet Underground, written by Lou Reed and originally released on the 1967 album 'The Velvet Underground & Nico'.
It was inspired by the book of the same name by Leopold von Sacher-Masoch, the song includes sexual themes of sadomasochism, bondage and submission (as if you hadn’t spotted that already). In the novel, the framing story concerns a man who dreams of speaking to Venus about love while she wears furs. The unnamed narrator tells his dreams to a friend, Severin, who tells him how to break him of his fascination with cruel women by reading a manuscript, Memoirs of a Suprasensual Man.
This manuscript tells of a man, Severin von Kusiemski, so infatuated with a woman, Wanda von Dunajew, that he requests to be treated as her slave, and encourages her to treat him in progressively more degrading ways. At first Wanda does not understand or relate to the request, but after humouring Severin a bit she finds the advantages of the method to be interesting and enthusiastically embraces the idea; though at the same time, she disdains Severin for allowing her to do so.
Alice Davidson provides guest lead vocals on Sendelica’s version – and if you’ve never wanted to "taste the whip" before, well you obviously haven’t listened to Alice singing 'Venus in Furs'....
'Maggot Brain' is a song by the band Funkadelic. It appears as the lead track on their 1971 album of the same name.
The original recording of the song, over ten minutes long, features little more than a spoken introduction and an extended guitar solo by Eddie Hazel. Music critic Greg Tate described the song as Funkadelic's A Love Supreme; the song is no. 60 on the Rolling Stone list of 100 Greatest Guitar Songs. Reportedly, 'Maggot Brain' was Hazel's nickname. Other sources say the title is a reference to Clinton finding his brother's "decomposed dead body, skull cracked, in a Chicago apartment".
According to legend, George Clinton told Eddie Hazel during the recording session to imagine he had been told his mother was dead but it wasn't true. The result was the 10-minute guitar solo for which Hazel is most fondly remembered by many music critics and fans. Though several other musicians began the track playing, Clinton soon realized the power of Hazel's solo and faded them out so that the focus would be on Hazel's guitar. Critics have described the solo as "lengthy, mind-melting" and the ending as "an emotional apocalypse of sound". Pete Bingham takes on the challenge of stepping into Eddie’s shoes on Sendelica’s version – God only know what Glenda said to him before he started playing.

The core of Sendelica is Peter Bingham & Glenda Pescado; they are surely the first Welsh band to sign to a Russian record label. Sendelica came to the attention of RAIG through their self released 2007 debut album 'Entering The Rainbow Light'. This led to the band inking a contract with the Moscow-based psyche specialists and their first release on RAIG Records hit the streets in August of 2008. The album was entitled 'Spaceman Bubblegum and Other Weird Tales from the Mercury Mind'.
The band has continued their working relationship with RAIG with full length CDs released in 2009 and 2010. Pete and Glenda have also released a number of very limited CDs on the Welsh label Tidy Like Records.
Check out the band at www.myspace.com/sendelicapsyche
and their labels at: www.myspace.com/raigmusic
www.myspace.com/tidylikerecords