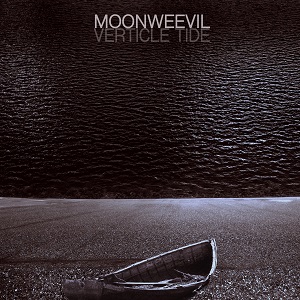 Cranium Pie's main man Rob Appleton, aka Moonweevil, moved to Austria a couple of years ago and since then has been working a series of library music projects, and this album is a natural extension of those projects.

I got in touch with Rob regarding the inclusion of a Pie track on 'Goldfish' and in the space of three hours we went from, "might you be interested in having a listen?" to agreeing the release, quickly followed by the cover design and..admittedly a few days later...a bonus CD including all of this album (Verticle Tide) plus another bunch of new recordings.

In FdM terms, it's pretty 'out there', hence the strangefish catalogue number, but if you've heard the Cranium Pie Mechanism tapes, I think you're going to love it.

It's going to be ridiculously-limited, of course; I'll have 100 copies at our 10th birthday party in Glastonbury on May 12th, with everything I've got left going with me to the 16th Dream of Dr. Sardonicus festival in Cardigan. Rob Appleton will have 50 copies - and that's it

But Rob will also be selling the CD and downloads separately, so all is not lost.

This might have something to do with 'Verticle Tide'...