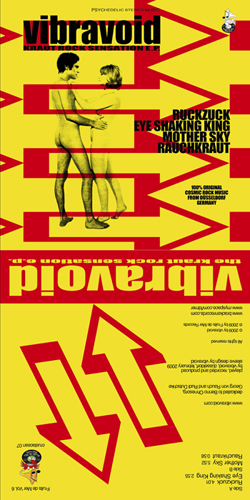 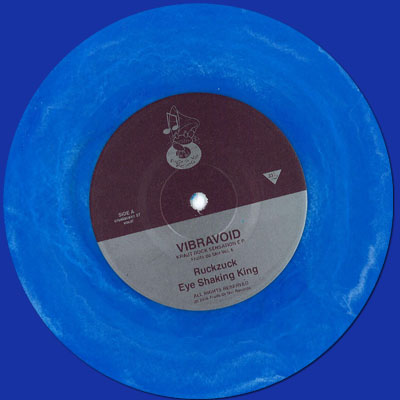 As Record Collectors puts it "A hairy bunch of psychededelic motherf*ckers from Dusseldorf".


Authentic Dusseldorf krautrock time, for thatâ€™s where Vibravoid live. First thing to establish is that the release date above states August. If this were Germany, that would be the case. As it is, weâ€™re English, so itâ€™ll most likely appear sometime in October. Ah, but itâ€™s worth the wait. Thatâ€™s the thing; the Germanâ€™s make such great music, yet are so efficient they donâ€™t get to spend hours sitting in traffic jams listening to it. Us Brits have that one sussed. Oh yes, so this is, much like the Autobahn, urgent, incessant, throbbing, insistent and energising â€“ all limits lifted, foot to the floor, what are brakes for? Seventies Kraut driven through the eighties, bypass the nineties, and powering into the noughties and beyond, a ton plus, not once bothering to look in a rear-view mirror because thereâ€™s fuck all that could keep up with it.Kraftwerk, Amon Duul II, Can and Mashantra get together in a car factory in Deutschland, make a machine they dub Vibravoid out of old instrument parts, give him a green brain, and christen him Christian as they toast him with old engine oil. Slick.As an aside, meine Deusch ist nicht so gut, but I reckon Rauchkraut may mean to smoke cabbage. Right, I'm off to try that....